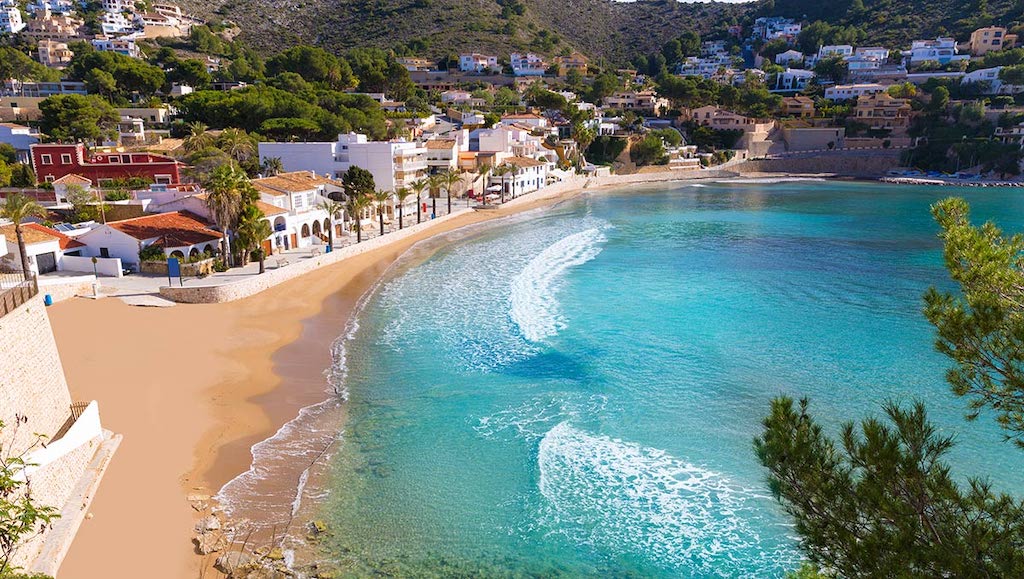 According to the study, most realtors say that in Spain, investors prefer to buy property by the sea. They most often choose between resorts of Andalusia, Valencia and Catalonia. Local coasts, or “costas” are called the Costa del Sol, Costa Blanca, Costa Dorada and Costa Brava. All of them have a mild climate and a well-developed recreation and entertainment infrastructure. However, there are also differences, especially in the prices of housing, goods and services.

In summer on the Mediterranean coast of Spain the thermometer shows between 20 and 30 °C. The greatest temperature differences occur on the Costa del Sol. In this region adjacent to Africa, there are 40-50 degrees Celsius. “Costa del Sol” is translated from Spanish as “Coast of the Sun”. It is the sunniest region in the country: clear weather is maintained for more than 320 days a year. However, the water off the coast can remain cool thanks to the cold Atlantic current: even in high season, sea temperatures rarely exceed 21°C. The Costa Blanca has a milder climate. It is neither cold in winter nor hot in summer. Temperatures rarely rise above +35°C. The sea is warm and affectionate. From May to September you can feel comfortable in the water, and in some years you can swim in April, October and even in November and December.

The Costa Dorada and Costa Brava have less sunshine than the other two coasts and are more likely to rain. The Costa Brava is Spain’s coolest coastline and is particularly soft all year round. The average temperature in summer is +25-28 °С, in winter the thermometer column drops to +10 °С. Costa Dorada has the coldest coastal waters: even in July their temperature rarely rises above 21 ° C. There are no significant temperature variations in Catalonia, and both coasts, especially the Maresme and Garraf (the closest to Barcelona), have a mild microclimate, which has a beneficial effect on general health, and holidaymakers feel comfortable.

According to the National Institute of Tourism Statistics of Spain (2014), the most visited region of the country is Catalonia. A quarter of all holidaymakers come here. This is explained by the fact that there are more historical and cultural monuments in the cities and villages of this region than in other parts of the country. Besides, it is in Catalonia that Barcelona is located, one of the largest tourist centers in Europe. “More than 60% of Russians choose this city as their main holiday destination in Spain,” says Esteban Batier, President of Mas-Spain and CEO of Spanishabitat. If you’re looking for property by the sea, you should also take a look at mallorca luxury property.

The head of MP Dunne Properties does not recommend buying for investment apartments in huge complexes of hundreds of similar apartments, which are often sold by banks. Most of these properties have been vacant for years as the surrounding area has no infrastructure. “Another important aspect is the price. To benefit later, you need to buy a property at a relatively low price compared to other offers in the area,” says Mary Dunn.