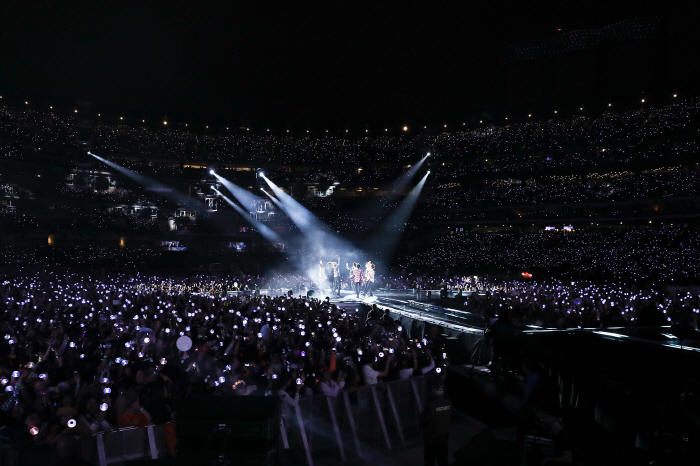 Stay on the pulse to find cheap live gigs in London and make the most of the city’s unrivalled music scene.

As well as being a prime location for headline tours, London is a springboard for up-and-coming talent and a place where musical sub-cultures thrive.

Thousands of music shows are played each year in London’s many unique venues, and affordable performances are easy to come by when you know where to look.

Alongside more established areas such as heritage-drenched Soho and punk stomping ground Camden, the latest sounds of the city are captured in the burgeoning creative communities in north, east and south-east London.

Let yourself be surprised by Sofar Sounds, pick an area of London and end up watching a musical performance in somebody’s living room, a church or even a warehouse.

London’s small stages have long played an important role in launching the careers of artists and bands. Visit the capital’s many grassroots venues for newer and lesser-known acts from the UK and beyond.

The likes of the Sex Pistols, The Clash and Oasis all cut their teeth at the 100 Club on Oxford Street; while Oslo in Hackney and The Waiting Room in Stoke Newington are small spaces with big sound systems. It’s in these unflashy clubs and pubs that you can see future stars for a fraction of the price of an arena show.

Some artists return to old favourites to practice new material ahead of bigger shows, so it’s always worth checking the listings for a chance to see your favourite band play to an intimate crowd.

The K-West Hotel in Shepherd’s Bush used to be a BBC studio where David Bowie, Amy Winehouse and Bob Marley recorded sessions. As well as being an atmospheric hangout near the O2 Shepherd’s Bush Empire, it hosts free K-West Live gigs showcasing emerging talent on the third Thursday of every month.

From beatboxers in Brixton, to opera singers in Covent Garden and guitarists on Columbia Road Flower Market, buskers bring London’s streets and stations to life as you go about your day.

Look out for open-mic nights to hear unsigned rising stars for free. Be all ears in the beautifully famous Union Chapel in Islington, discover the Bedford’s Club Room stage in Balham or head further south Tooting Tram & Social which is a real talent scout haunt.

Hear talented musicians studying at the Royal College of Music perform lunchtime, rush-hour and weekend concerts at beautiful locations around the city, some of which are free to attend. Keep up to date with the listings so you know when and where to find them.

Listen to more classical music concerts at various churches in London, including free lunchtime recitals in the likes of St Martin-in-the-Fields Church and St James’s Church Piccadilly London. The Royal Opera House puts on recitals at St Clement Danes Church in the Strand during certain times of the year. You can also attend Choral Evensong at churches across the capital.

Live music for under £10

Lots of good noise comes out of the Rye Wax basement in Peckham’s CLF Art Cafe. Enjoy weeknight events spun by DIY producers, performers and DJs across the musical spectrum that will only set you back a few pounds, if anything.

The Jazz Cafe in Camden hosts a mix of breakthrough Afrobeats, rap, reggae and disco throughout the week, with some under-the-radar gigs and events costing no more than £10 entry.

Get in the groove at popular The Blues Kitchen bars in Shoreditch, Camden and Brixton, which host live rhythm and blues bands every night. Weekends draw a particularly big crowd, where you can usually watch up to three bands for under £10.

Find value for money watching music all day and long into the evening at one of London’s music festivals. Big name events including Lovebox, Field Day, Barclaycard presents British Summer Time, Meltdown all draw international attention for their leading line-ups.

There’s also something to suit all ears with genre-focused events such as the London International Ska Festival and the electronica-heavy South West Four, Wireless Festival champions rap and grime artists.

On August Bank Holiday weekend, you can’t miss the sound of steel pans and Jamaican calypso at the famously free Notting Hill Carnival.