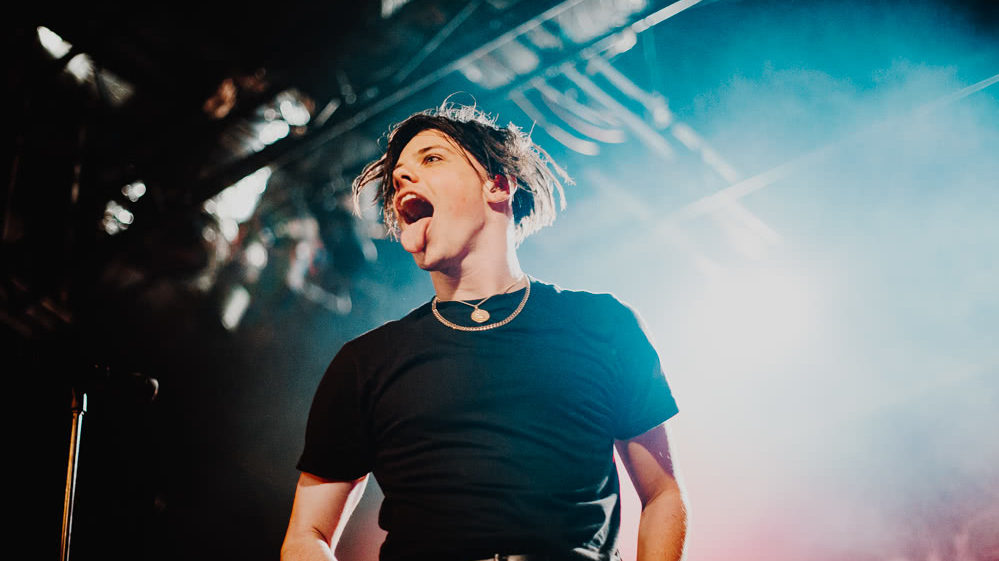 Yungblud has announced a series of intimate UK shows for 2019 – check out the full schedule below.

The Doncaster artist, who’s set to release his new EP ‘The Underrated Youth’ next week, confirmed yesterday (October 11) that he’ll be showcasing the new material with ‘The Intimate As Fuck Tour’, due to begin later this month.

Yungblud will perform at Kingston’s Pryzm venue on October 23rd, before playing Edinburgh’s Liquid Rooms on November 26th and The Wardrobe in Leeds on November 30.

“I’m gonna be playin all the songs off the EP and more stripped as fuck … talkin , cuddlin , drinking tea, having a couple beers n a jolly old time,” wrote Yungblud on Twitter. See that post below.

The announcement comes after the release of ‘Original Me’, Yungblud’s brand-new collaboration with Imagine Dragons frontman Dan Reynolds. Its official video was recently premiered in a predictably raucous ceremony in the middle of New York’s Times Square.

Yungblud’s ‘The Underrated Youth’ EP was initially set for release yesterday (October 11), but was delayed by one week to allow the singer to tweak one of its tracks. He reasoned that he aimed for the project “to be absolutely perfect”, explaining that one song wasn’t quite up to that standard upon listening back.Volume 0%

Speaking previously about the collection, Yungblud said: “i wrote this project about the stories i have heard and the journeys, i myself have been on inside my head. this project is about us. you all helped me tell this story n i can’t wait for you to hear it.”