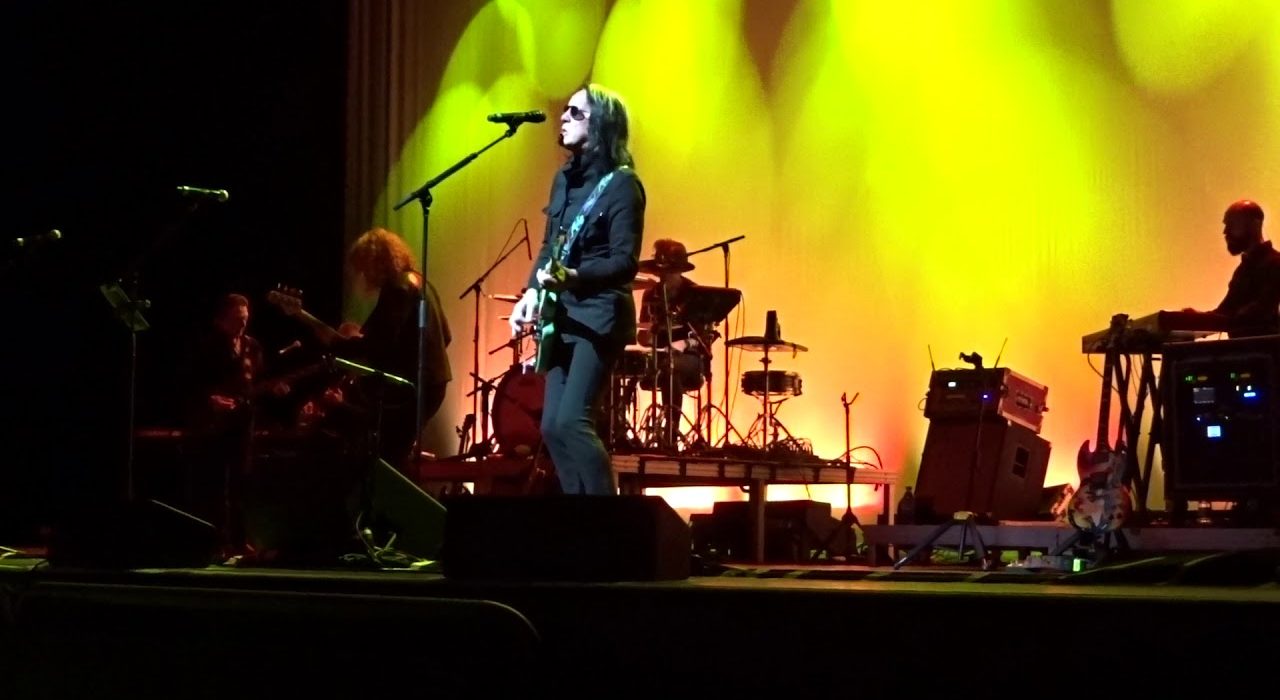 One of The Beatles’ most fascinating releases was their double 1968 self-titled release, which became known as “The White Album.” While “Sgt. Pepper’s Lonely Hearts Club Band” gets the majority of the attention, “The White Album” is chock full of brilliant moments from The Beatles. The sad note is, as history has shown, this period was the beginning of the end for the most popular band of all time.

In celebration of this landmark album, a collaborative tour of mega-talents, Todd Rundgren, Micky Dolenz (The Monkees), Joey Molland (Badfinger), Jason Scheff (Chicago), and Christopher Cross are in the midst of a tour labeled, “It Was 50 Years Ago Today – A Tribute To The Beatles White Album,” which performed on October 5, 2019 at The Cabot Theater in Beverly, Massachusetts. For any locals who may have missed the show, there will be a second local performance on October 11, 2019 at The Berklee Performance Center in Boston.

Since “The White Album” is so abundant with material, it was apparent before the show started that this night was going to be jam packed with songs. Taking the stage while the beginnings of the original recording of “Revolution #9” was being played, the newly formed quintet opened with the Chuck Berry-influenced, “Back in the U.S.S.R.,” where the singers shared lead vocals flawlessly. Scheff followed up with an atmospheric “Dear Prudence,” before Rundgren tore off a peppy version of “Everybody’s Got Something to Hide Except Me and My Monkey” (Dolenz had left the stage at the beginning of the song, but reappeared just as Rundgren humorously pointed at him while chanting the line, “Me and My Monkey”).

Cross manned the vocals on the sweet ditty, “Martha My Dear” (a song penned by Paul McCartney for his dog named Martha), and Molland handled the lead voice on George Harrison’s saxophone heavy, “Savoy Truffle.” Dolenz then returned to the stage, solo, and announced that the individual members were going to play material from their careers. A massively underrated singer, Dolenz killed it vocally on the Monkees’ hits, “I’m a Believer” and “Pleasant Valley Sunday,” before turning the microphone over to Molland who, with Rundgren (on guitar and backing vocals) and Scheff (on bass), revived Badfinger classics “Baby Blue” (which found a new life after its inclusion in the “Breaking Bad” TV series finale) and the prototypal power-pop cut, “No Matter What.”

Scheff, who replaced Peter Cetera in Chicago in the 80’s, sat at a piano and did a charming rendition of the groups, “Hard to Say I’m Sorry,” before strapping on his bass and, with Rundgren, floored the crowd with “25 or 6 to 4.” While Scheff did not sing on the original version of the song, he was the main voice when Chicago re-recorded “25 or 6 to 4” in 1986. When Rundgren, the consummate showman, got his turn, he went all out on brilliant takes of “I Saw the Light” and the radio-staple, “Hello It’s Me.” Cross performed two of his most well know pieces, “Sailing” (which won a Grammy for Record of the Year for 1980) and, was joined by Scheff, who recreated Michael McDonalds backing vocals on “Ride Like the Wind.”

As the band members solo section came to a close, Cross continued with the Beatles songs, and performed the music-hall styled, “Honey Pie.” The first set closed with Dolenz’s meaty delivery on “Why Don’t We Do It in the Road?” and Rundgren, who did a blistering guitar solo (on a phenomenal psychedelic painted guitar) and vocal on “While My Guitar Gently Weeps.”

A brief intermission gave the audience a chance to view the amazing architecture that makes up The Cabot Theater which is the premier concert venue (and also runs many very hip movies) in the North Shore area of Massachusetts. The Cabot has a slew of upcoming and varied events as, Blues greats Robert Cray (October 10) and Buddy Guy (October 17). Also, Alt-Country quartet, the Cowboy Junkies (October 12), and Pop Rock survivors, America (November’s 2nd).

The second half started off perfectly as Cross manned an acoustic guitar and did eloquent takes of “Blackbird,” “I Will,” was joined by Scheff on “Julia” (John Lennons touching tribute to his late mother), and brought the unplugged portion to an end with “Mother Nature’s Son.”

While sitting on a stool, Dolenz did a fantastic and animated, “Rocky Raccoon,” while Molland returned for a bluesy version of “Revolution #1.” Donned in all white, as a nod to the Beatles’ 1967 trip to North Wales to study transcendental meditation, Rundgren covered “Sexy Sadie.”

In what was a stellar moment for Dolenz, he masterfully handled a double serving of Lennon cuts, “I’m So Tired” and the eclectic “Happiness Is a Warm Gun.” Rundgren, who was quite animated all night onstage, came out in camouflage clothing and holding a Super Soaker, lightly spraying the audience members (mostly shooting the water upwards and over the crowds heads) as he sang a cool rendering of “The Continuing Story of Bungalow Bill.”

Scheff did a stellar interpretation of “Glass Onion,” while Rundgren totally ripped the stage up with a manic “Helter Skelter.” After the sheer crazy-joy of “Helter Skelter,” all the members returned to end the second set with a raucous “Birthday” (before which, Dolenz asked audience members who actually had a birthday this night, to stand up and dedicated the song to them). An encore of “Ob-La-Di, Ob-La-Da” ended the night, while the album version of “Good Night” (which featured Ringo Starr on lead) played ending the outstanding celebration of one of Rocks most iconic double albums.

A night the Fab Four themselves would have been extremely proud to have witnessed.