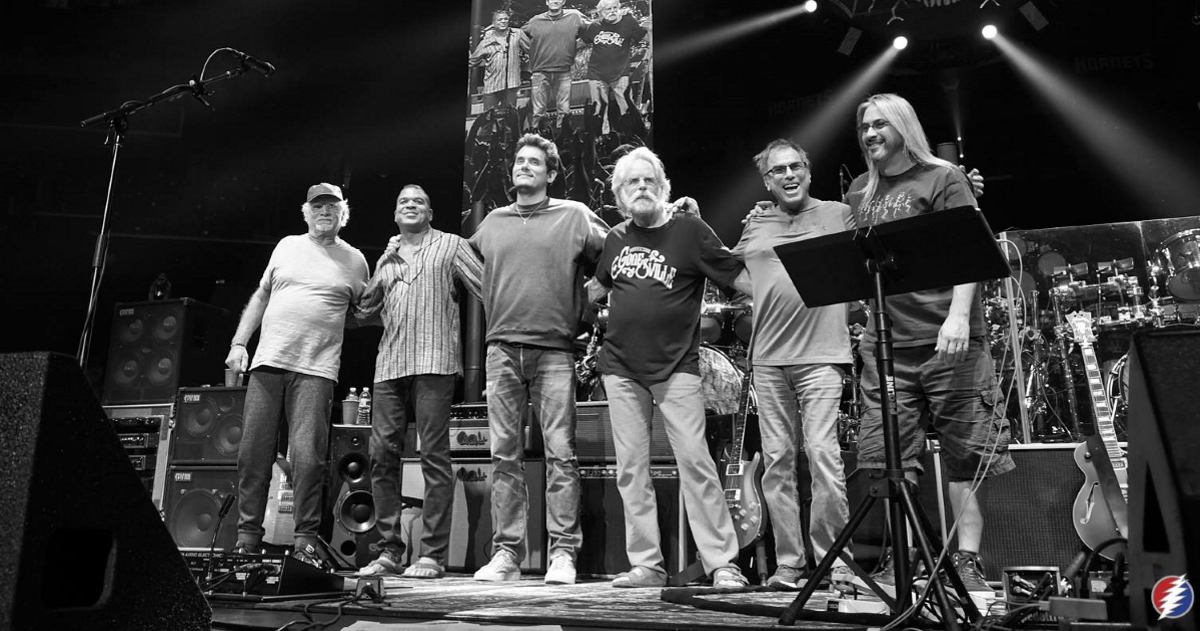 The band was webcasting the show from LiveDead.co, and kicked off with a jam that fed into “Truckin’”. “Half Step” was next, a fantastic swing on “They Love Each Other” and the “Mr. Charlie” was definitely a top highlight for me. From the couch the “Cassidy” got out there towards the end, too.

For the second set the band played a confident “Deal” before things got weird with a HUGE “Dark Star” that anchored the set. “Estimated Prophet” then created room for “Eyes of the World” before a full on rhythm devils segment featuring Oteil. Out of the madness comes beauty in a “Wharf Rat” and a fun “Sugar Magnolia” closed out the set.

Scroll down to see the setlist and videos from the show…

Set I: Truckin’, Half Step Mississippi Uptown Toodleoo, They Love Each Other, Brown-Eyed Women, To Lay Me Down, Mr. Charlie, Cassidy, Casey Jones