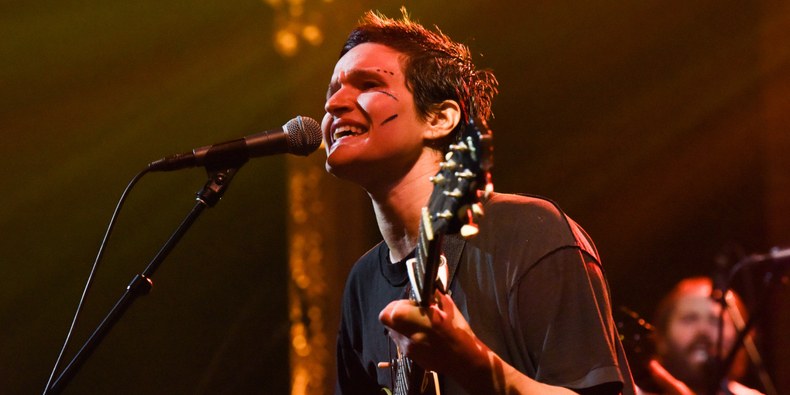 Big Thief appeared on The Late Show With Stephen Colbert Thursday night to perform their song “Not,” from their new album Two Hands. The track got a hard-rock spin for the band’s live performance, with plenty of distorted guitar fuzz, manic drums and beautiful, wailing vocals from Adrianne Lenker, who veered into almost emo territory at times.

Two Hands, Big Thief’s second LP this year after May’s U.F.O.F., is out Friday. Besides “Not,” the band has shared only one other song, “Forgotten Eyes,” before the album’s release. In explaining why they’re releasing two albums this year, the band has referred to Two Hands as the “earth twin” to U.F.O.F.‘s “celestial twin”; it was recorded 30 miles outside of El Paso at Sonic Ranch Studio, live with almost no overdubs.

“Two Hands has the songs that I’m the most proud of; I can imagine myself singing them when I’m old,” Lenker said in a statement. “Musically and lyrically, you can’t break it down much further than this. It’s already bare-bones.”